It has been observed that the first pictures of the Earth taken from the moon changed the perception of who we are. From that distance, seeing the planet as a small blue sphere in space, the everyday was replaced, at least in the short term, with a new, transcendent context. I can forget, but I will remember by seeing the image.

I do not claim that the pictures in the Window Seat portfolio, taken from commercial aircraft, have the same paradigm-changing effect. But, as an airline passenger I am often stunned at what I can see from 35,000 feet. It is the effect of shifting light on the striking lines, patterns, and colors (created by dynamic natural forces and human building) seen from that altitude, and my excitement and surprise in response. And I am surprised that it surprises me. Apparently, it is easy for me to forget that there is more to travel than the practical movement from one place to another.

Concrete issues of, for example, water use, drought, weather, climate change, geology, and the nature and intentions of the human-built environment come up in viewing the landscape from that distance. But it is the memory of what the land looks like from altitude that fascinates me: mountains; desert; bodies of water and the trace of flowing water; cities and developments that were never built; roads; mining; other marks of human infrastructure. The interaction of natural and human marks: past, present, future.

Process note: Images were shot with a small digital camera from a seat on a commercial aircraft. Some images are single frames; others have been “stitched” together from three or more frames using an image-editing program. The sizes of prints are variable.

I received a Maryland State Arts Council Individual Artist Award: Photography for images from this series in 2012. 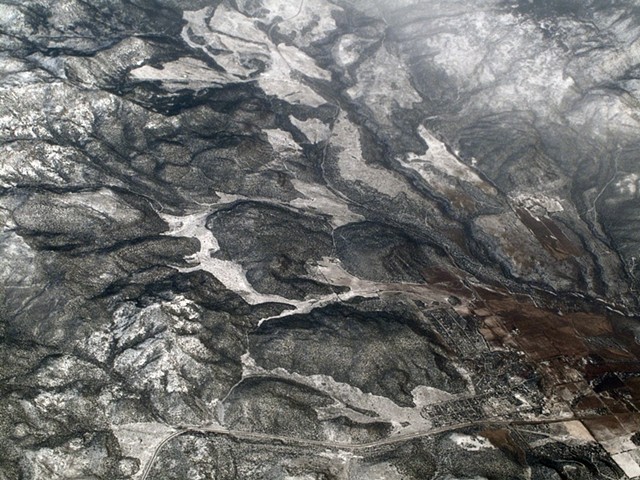 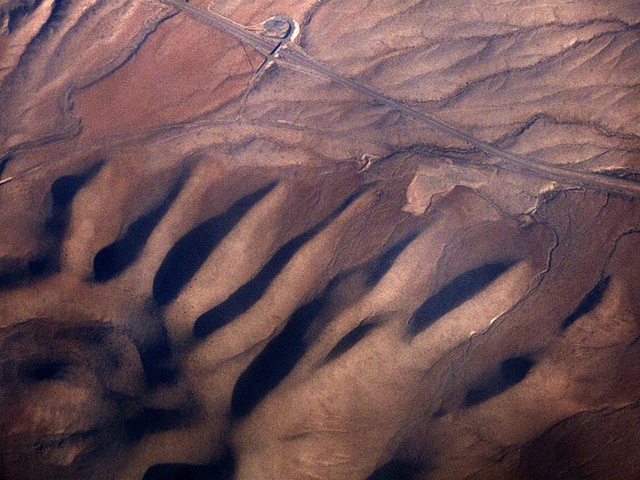 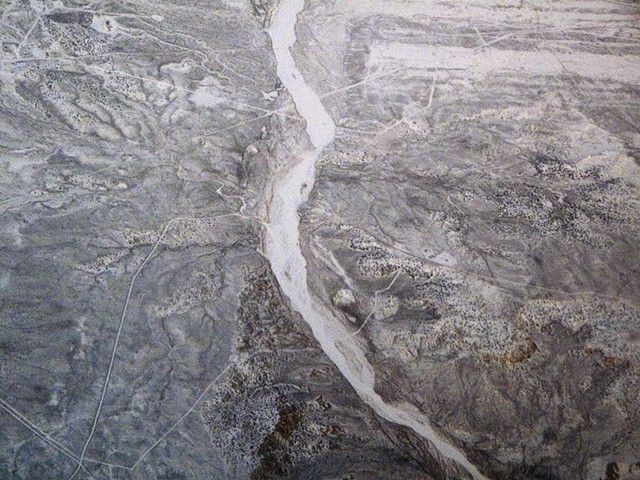 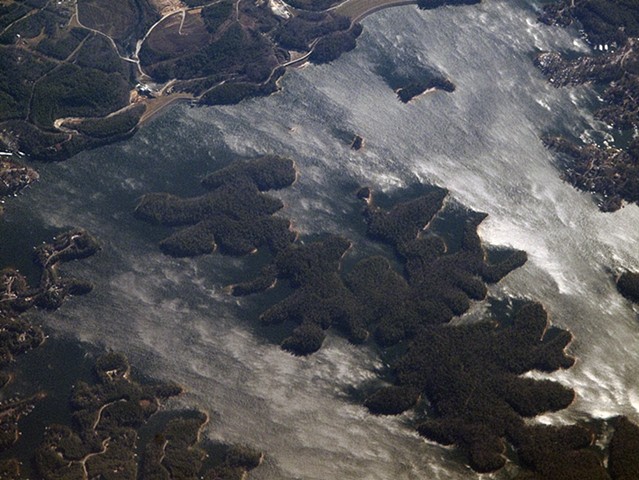 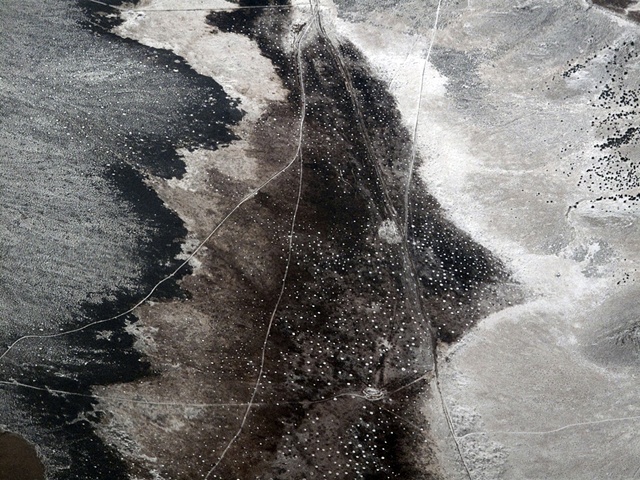 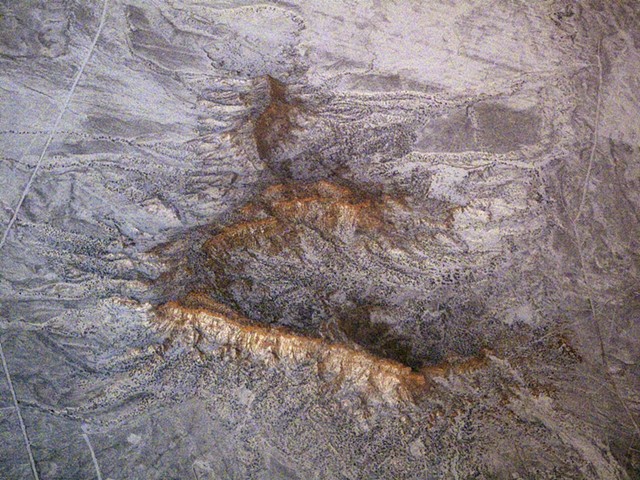 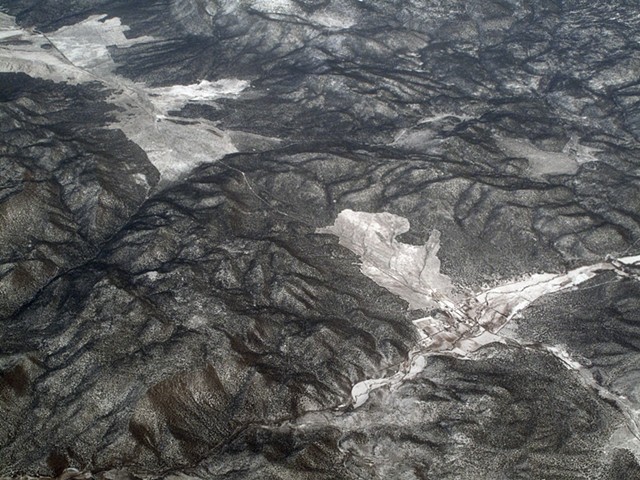 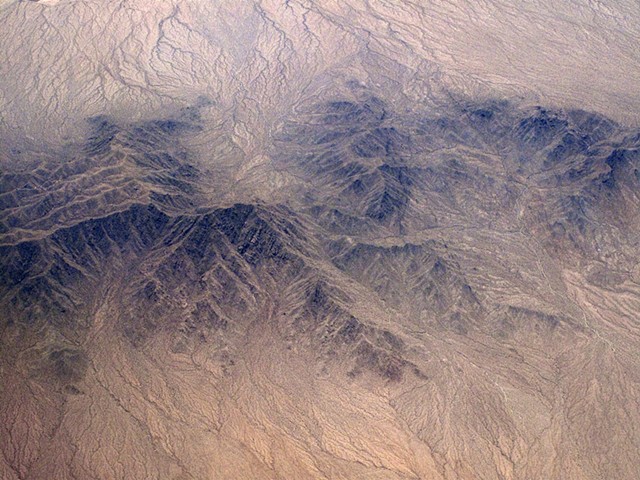 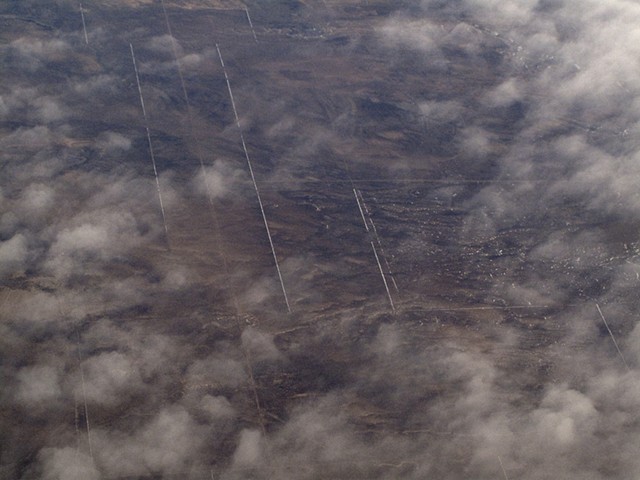 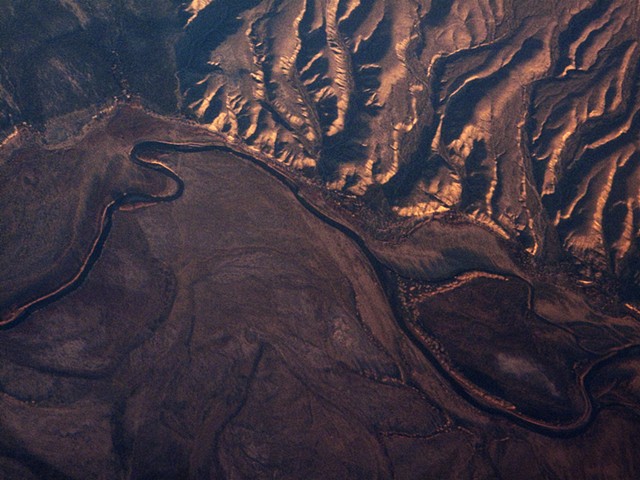 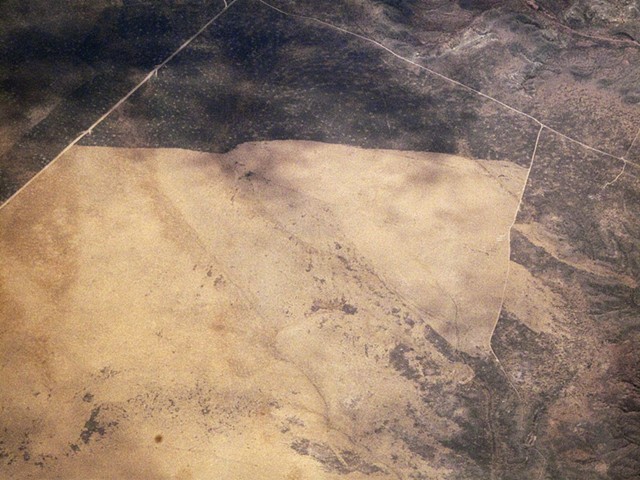 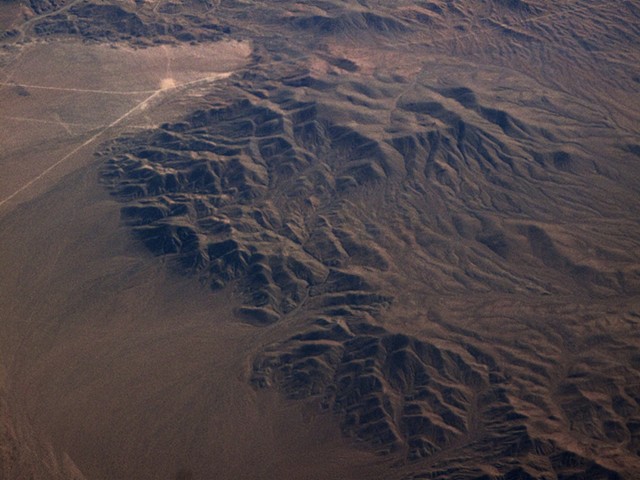 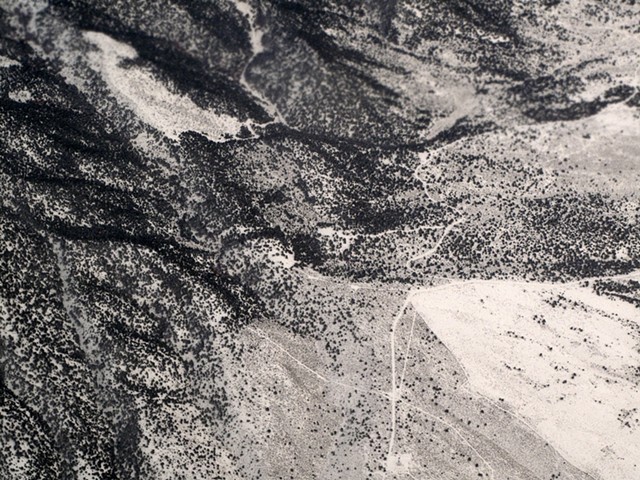 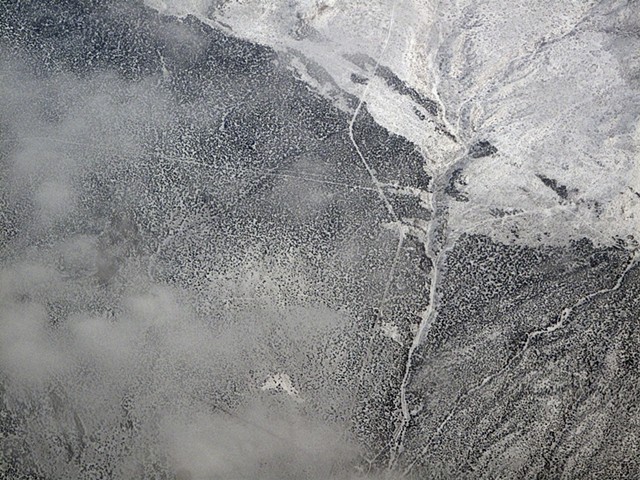 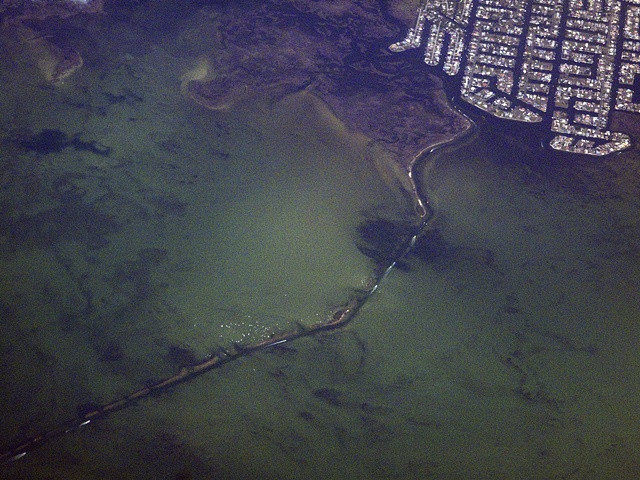 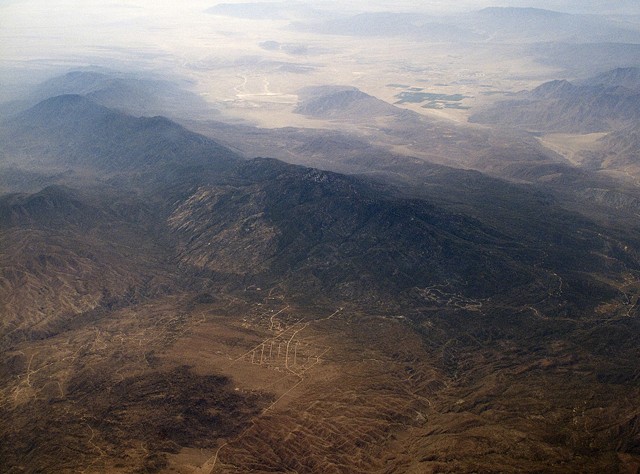 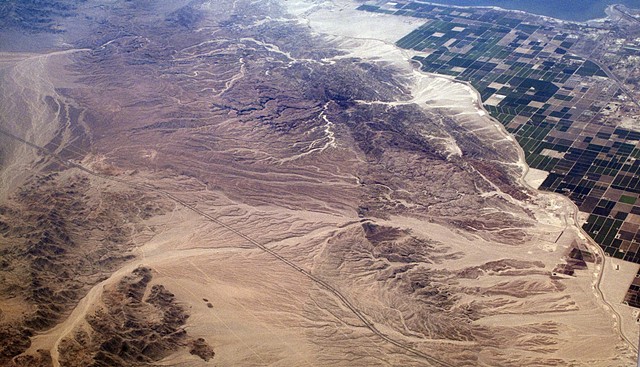 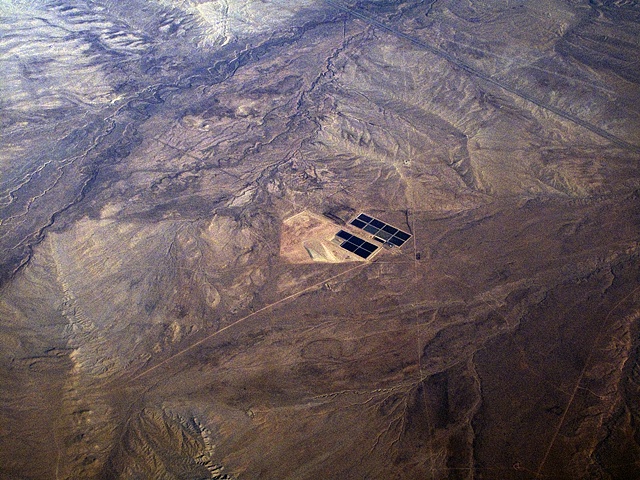 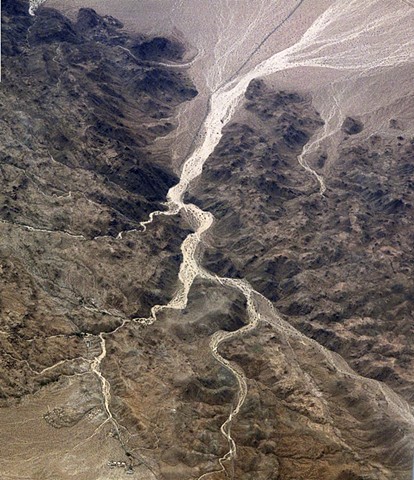 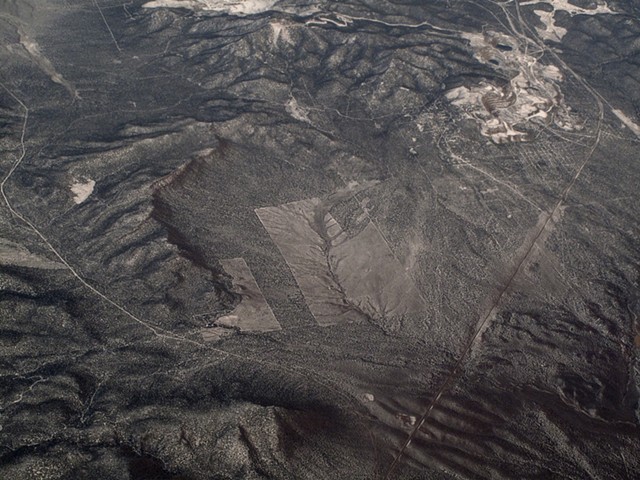 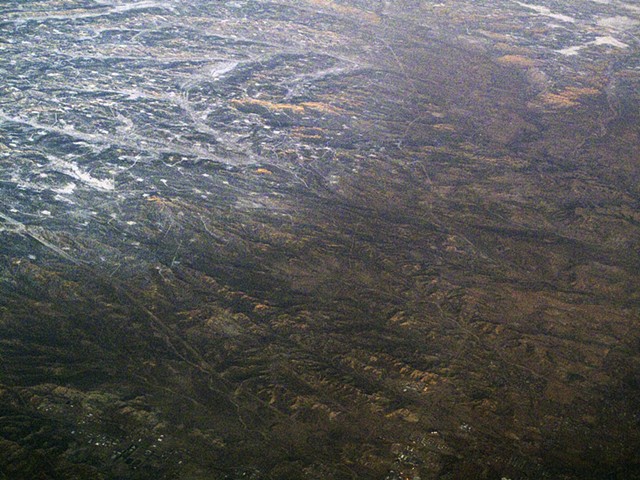 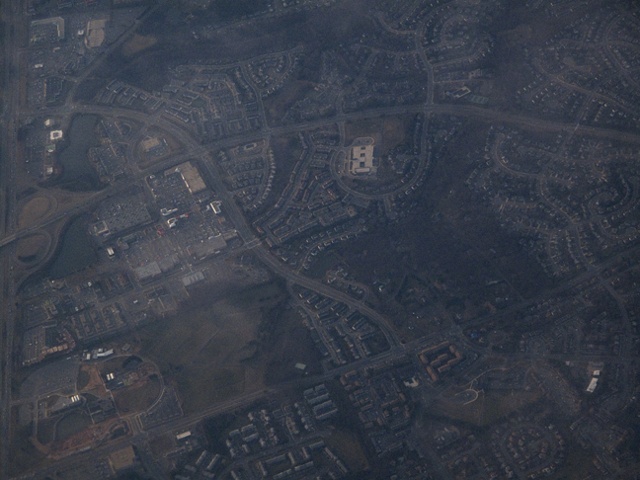 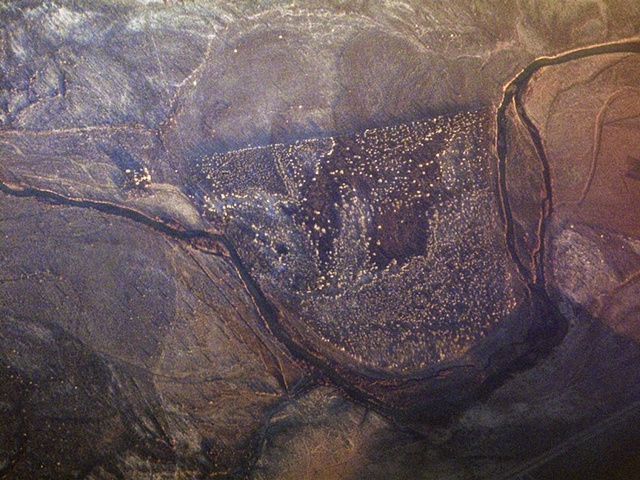 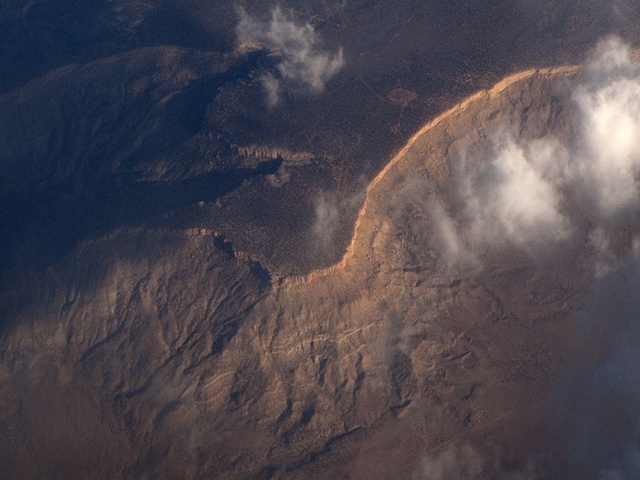 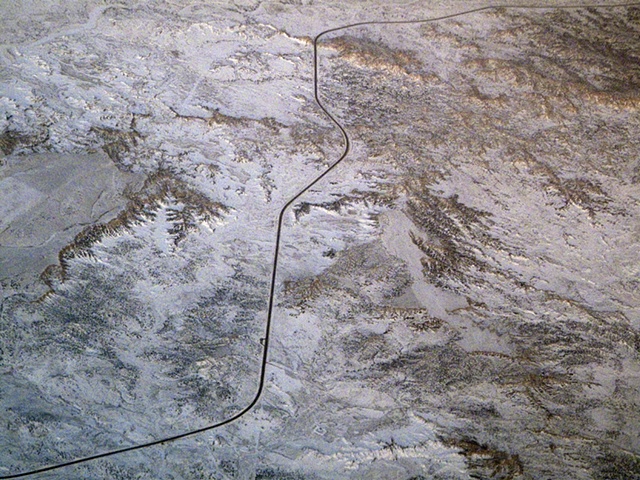 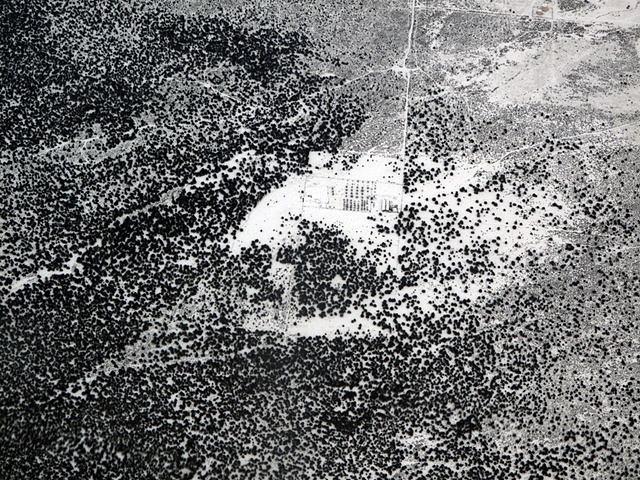 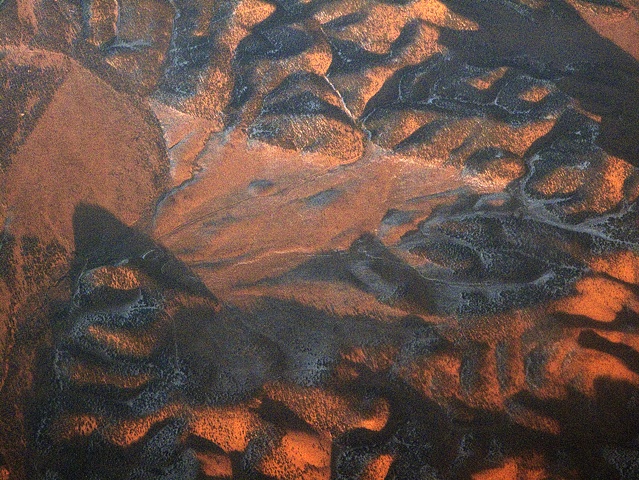 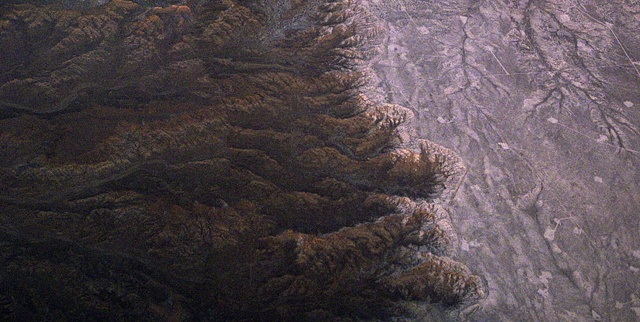 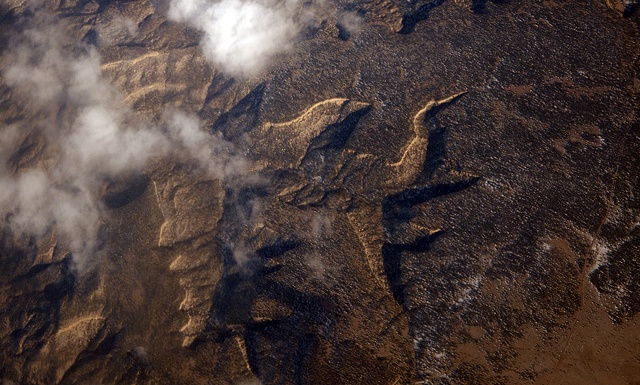